Are we living in a quantum world with alternate realities?

You are that vast thing that you see far, far off with great telescopes. – Alan Watts

When groups of people notice alternate histories, such as a missing giant museum dinosaur, we may be seeing evidence of quantum phenomena occurring on a macroscopic scale. Over the past seventeen years that I’ve been researching alternate histories, I’ve received thousands of emails containing fascinating first-hand reports of such shifts in reality—including the sorts of things now popularly referred to as Mandela Effect, Glitch in the Matrix, and different timelines. Regardless what people call this phenomenon, it’s clearly becoming better known. The topic is now being covered more widely in the news media in stories published this past year in Seventeen Magazine, The New Zealand Herald, and The Globe and Mail—mostly thanks to so many people noticing the peculiarity of their beloved children’s books having mysteriously changed from Berenstein Bears to Berenstain Bears.
Some of the earliest documentation of celebrities being alive again after having previously been reported dead appeared in the July 2005 RealityShifters, some five years before the “Mandela Effect” meme first caught the public’s fancy in 2010. This is the topic of a recent blog post, Earliest Examples of the Mandela Effect, which raises the question of what Nelson Mandela was doing back in 2005 when the first celebrity alive again survey was conducted and nobody at the time mentioned him as being a prime example of the Alive Again (aka Mandela Effect) phenomenon. Some of us might have missed the BBC News coverage of Mandela’s speech in February 2005 at Trafalgar Square—or perhaps at that time, some of us never would have seen that news coverage, because we didn’t happen to be in that reality. What those of us who notice alternate histories can do to help sort things out is keep track of an X, Y, Z timeline where Z is the date we record an incident (such as Nelson Mandela dying a second time) that we first became aware of at Y (such as December 23, 2015) involving something that happened at X (such as back in the 1980s) that now strikes us as being rather unusual after-the-fact.

An interesting aspect of observing alternate histories is that seldom does everyone agree on past events. For example, The Bolton News ran a story in 2006 describing how town members were split roughly 50:50 on the matter of whether their town museum featured a large dinosaur prominently displayed in the Natural History section back in the 1960s. Those who remembered the dinosaur were understandably concerned about where it had gotten to, while those who didn’t remember there ever being any such dinosaur couldn’t understand why people were making such a fuss. And a subsequent Bolton News story reported that the town eventually purchased a dinosaur skeleton, mostly in response to “the sheer volume of people asking what had happened to the dinosaur.”
One of the things worth noting along with the increasing awareness of alternate histories is mounting evidence that it seems unlikely there is one absolute reality—and more likely that we each experience something akin to a local reality. Quantum physics depends upon consciousness, and participation by an observer—leaving us to ponder the exact nature of consciousness, and how we can observe the observer. Rather than assuming there is some objective truth “out there,” we are increasingly recognizing there may be many possible truths, many possible realities.

Want more on this subject? Listen as I speak with Alexis about the phenomenon of “alternate realities,” on Higher Journeys Radio 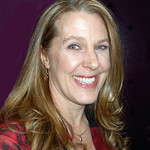 Cynthia Sue Larson is a contributing writer for Higher Journeys.com. A best-selling author, researcher, and transformational speaker, Cynthia helps people visualize and access whole new worlds of possibility. Cynthia hosts Living the Quantum Dream on the DreamVisions7 radio network. She has been featured on the Discovery Channel, the History Channel, Coast to Coast AM, and BBC, and has presented papers at international conferences on science, spirituality, and consciousness.

The True Nature of Synchronicity Humans, Emojis, and the Reduction of Consciousness