Dr. Laurie Nadel – The Artifice of Social Media and the Dehumanizing Factor

Will social media become the final nail in the coffin when it comes to taking the “human” out of human being?

According to one well known counseling psychologist on Long Island, NY, at least three people per week come to her for therapy because of something that happened on Facebook.

Surprised? Or are you, yourself caught up in the cult–ture known as social media and don’t know how (or want) to get out?

Regardless of your position within or without participation in social media, the interview you’re about to hear with our guest Dr. Laurie Nadel will likely alarm and enlighten you.

Now let’s just state for the record, as we did during our conversation, that technology including the use of social media sites like Facebook have a huge upside, that is if one knows how to navigate its landscape properly and if one can use discernment, and a proper motivation for participation.

Nonetheless, listen intently to some of the disturbing online trends that seem to be escalating at a huge pace, and then you decide if it’s time to sound the alarm.

In this provocative episode of Higher Journeys Radio we discuss:

The technotronic era involves the gradual appearance of a more controlled society. Such a society would be dominated by an elite, unrestrained by traditional values. Soon it will be possible to assert almost continuous surveillance over every citizen and maintain up-to-date complete files containing even the most personal information about the citizen. These files will be subject to instantaneous retrieval by the authorities.
― Zbigniew Brzeziński, Between Two Ages: America’s Role in the Technetronic Era

Dr. Laurie leaves us with a list of critical questions to ponder as we continue to allow some aspect of social media and technology at-large to remain a central focus of our lives:

There’s no longer any distinction in most people’s minds between who they are, how they interact, and their cell phones. – Dr. Laurie Nadel

You may also like: Social Media, Pretend Friends, and the Lie of False Intimacy 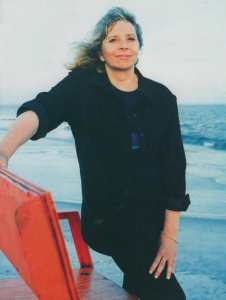 Dr. Nadel is a nationally recognized expert on mental health issues stemming from catastrophic events. After September 11, 2001, she was quoted in The New York Times, Chicago Tribune, Reuters and the Associated Press.  She appeared as an expert on CNN. Since Hurricane Sandy, Dr. Nadel’s work with survivors has been featured in The New York Times, Newsday, CNN.com, and the Associated Press and other publications and websites.  She was interviewed on National Public Radio’s Here and Now noontime broadcast.

Laurie Nadel, Ph.D. has been in private practice since 1991.  A psychotherapist and business coach certified by the International Coach Federation, Dr. Nadel is a master practitioner of neurolinguistic programming (NLP).  Her clients include CEO’s, entrepreneurs, Broadway stars and professionals from many different countries.  Phone and Skype sessions are available upon request.  She has been a guest on Oprah and Coast-to-Coast AM with Art Bell and George Noory.

“I Can Heal Water.” – A Star Child Speaks, Calls for Humanity to “Wake Up!” The Rise of the Mandela Effect – Are YOU Noticing It?