Are individuals with synesthesia more prone to ET Contact?

Billy Carson is many things: entrepreneur, explorer, and researcher of ancient civilizations. Anomaly hunter, quantum researcher, amateur astronomer. There’s not much he doesn’t do, and do extraordinarily well! But did you know that he also has a “condition” known as synesthesia? And did you know that he is also an ET contactee (of what he refers to as “the 4th kind”)?

These two very intriguing elements add to the mystique of this extraordinarily successful individual. But how are they connected, if at all?

In this exclusive interview with Carson, we explore the many dimensions of ET contact and how individuals with synesthesia (referred to as synesthetes) may have a predisposition for ET contact encounters.

Relevant links from this episode

VIDEO: New Thinking Allowed with Jeff Mishlove (Skip to 3:21 for comments on remote viewing and synesthesia)

VIDEO: Close Encounters of the Third Kind “Communicating with the Mothership” (on the connection between ET contact, color, and sound)

Links where you can find more of Billy Carson’s great work: 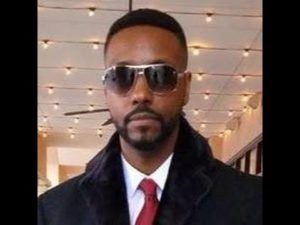 Billy Carson is the founder of 4biddenknowledge.com. Billy Carson is also an expert host on the new original streaming series by Gaia named ‘Deep Space’ This series is an exploration of the “Secret Space Program” and the types of technologies being used along with their potential origins. Billy Carson is also an expert host on Gaia’s original series, ‘Ancient Civilizations’. A team of renowned scholars has come together to decipher the riddle of our origins and piece together our forgotten history found in monuments and texts across the world.

Billy Carson is the co-founder of the United Family of Anomaly Hunters (UFAH). Billy Carson has combined forces with the top anomaly hunters in the world to form the United Family Of Anomaly Hunters(UFAH). Their mission is to provide enough evidence of past and present life on Earth, and other celestial bodies inside our own solar system, of technologies being used along with their potential origins. The group claims to have pioneered two new fields of science. Archeo-Astronomy and Astro-anthropology. Billy Carson feels that these will be actual college courses in the not so distant future.

Billy Carson is the Author of “The Compendium of the Emerald Tablets”.

Creativity as Your First Line of Defense Against Evil Consciousness, E.T. Contact and the Non Human Influence