Joanne Summerscales – An Unimaginable Story of Alien Contact and Beyond

Co-author of the book 44, Joanne Summerscales says alien contact with Bill Brooks was just the tip of the iceberg!

Though more of us are getting used to the idea that ET contact is a reality and inclusive of the human experience, there are some accounts that fall into this category which are still very difficult to grasp.

One such story involves a man named Bill Brooks, who at 44 years of age began having spontaneous recall of what could only be described as life long contact with non-human intelligence. But his recollections didn’t stop there.  Amid this bizarre string of visits that began roughly at the age of 3, were a collection of synchronistic though strange encounters woven into the consistent backdrop of ET contact like visits from Men in Black, Freemason and Rosicrucian involvement, and the witnessing of a mass abduction while serving in the military.

Someone who knows Bill Brooks’ story in explicit detail and in fact co-wrote a book with him, simply entitled 44 An Ex-Soldiers True Story is Joanne Summerscales.

I spoke with Joanne to get some insight into what can only be called an odyssey of enormous depth.

Interview: Looking for ET Disclosure in All the Wrong Places feat. Miguel Mendonca

Book: 44 – Based on An Ex-Soldier’s True Story by Bill Brooks and Joanne Summerscales 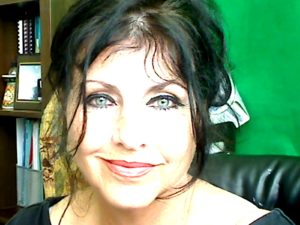 Joanna Summerscales’ expertise and interest is in the field of Alien Abduction, the impact it has on the experiencer’s well-being and the long term implications for humanity. Her initial training was media; theatre and television, though she is also a therapist in quantum healing which encompasses regression. Joanna founded The A.M.M.A.C.H. Project, (Anomalous, Mind Management, Abductee, Contactee Helpline) early 2011, about which a documentary was made 2013. It is the UK’s only official experiencer resource, providing a free helpline number, though her work is international. She offers a non-judgmental, safe platform for experiencers and has filmed testimonies for posterity, to promote investigation, study and analysis of the field. This is also to support and dispel the isolation and discrimination that many experiencers feel. Joanna has hosted experiencer conferences, workshops, and given presentations on the subject as well as hosting the UK’s only Experiencer-orientated radio show, (2014-2016, The Ammach Files). She is developing potential film/television projects based on her work, including the book, 44 and other programme formats around the ET subject, and is looking to develop production partnerships in the UK and the US. The Ammach Project was closed in December 2015, due to extensive hacking, but that legacy continues with her renewed and expanded work under the banner of The ET Newsroom, a work in progress.

Bill Brooks spent two thirds of his life believing there was no such thing as extra- terrestrials, aliens or UFOs. He spent six years in the army at a base shared by US personnel from Area 51, and did a brief tour in Northern Ireland. Thereafter, he made a living as a professional musician and singer. At age 44 Bill’s world fell apart after the shattering revelation that he’d had a life time of alien abductions. These memories flooded back after a near death type memory download. They involved encounters with military men in black, the greys, reptilians and the Nordics. Over the next twenty years, Bill struggled with this shocking reality and the continued abductions which sent his life into a tail spin. And, against almost insurmountable odds he raised his son. Further ordeals involve persecution by certain Freemasons, and amongst other things, a strange, paranormal association with Fred and Rosemary West, the British serial killers. Bill’s world view was changed forever, and so was he.

The Resurgence of 11:11 – Are You Seeing It, Again? Premonition and the Las Vegas Shooting