Can Meditation Take You to Alternate Realities?

If you think that meditation is just a tool for relaxation, think again. Here’s how to use this ancient modality to traverse alternate realities.

We’ve heard it said before: There are many paths but only one destination. And of course there are numerous adaptations of this phrase. But what if there are indeed multiple destinations or more aptly realities, and what if we could use meditation as a gateway to explore the uncharted terrain of multidimensionality?

As a practitioner of meditation, I have on occasion asked myself this very question. Indeed my journeys within have yielded a sense at times that I am piercing the veil of the third dimensional realm and entering a far more fluid “space” not familiar to my work-a-day senses. I’ve witnessed what seemed to be floating thought forms, black and white holes and unfamiliar moving images viewed from a myriad of perspectives through my alternate eyes. Without question, these are occasions by which I would deem meditation far more than just a relaxation tool! I’ve called these excursions; something way out of the realm of expectation and as a result, I have sought to understand via other’s anecdotal accounts if their experiences might in some small way hint of my own, and moreover bring realization about the multidimensional reality for which we may just be inextricably linked.

“This happened about three years ago. I was studying Reiki and advanced energy medicine at the time. My instructor had told me to meditate on my upper chakras, so I was meditating on the eighth. My eyes were shut, I was in a comfortable position holding my 8th chakra, and I was well-grounded – or so I thought. Suddenly, everything got very quiet and then a rushing sound filled my ears. My eyes were closed but I could actually see my skin pinging off into air like popcorn popping around without the lid on. It was as if my eyes were wide open because everything was absolutely crystal clear. Then my sight started to darken. I was able to ask my husband if I was still sitting on the couch, and he said that I was. After my skin stopped flying about in mid-air, I re-materialized in a room where a large group of men were seated in a circle. It reminded me of the Roman Senate, for they were all dressed in togas and had close-cropped beards. I was standing in the middle of this circle, staring down at a large beautiful crystal (my 8th chakra). I remember one man kept asking, ‘What does the crystal say? Look at the crystal and tell us what it says!’ The crystal was the last thing I wanted to look at. Then I found myself back in my own living room on the couch, still holding my 8th chakra. My body was intact, and my husband was still playing chess. I told him what happened and he said, ‘You’re crazy.’ Nothing like this has happened since. I’m not sure if I crossed through a portal, entered an alternate reality, or experienced a past life.” (source: www.kajama.com)

In this startling account, we find the meditator seemingly catapulted from a state of conscious 3D awareness into what appeared to her as another place and possibly another time. There are many accounts where others have reported being transported – literally dropped into another reality; a place where not only is the individual simply witnessing the scene playing out before them, but they are participating in it! These sorts of stories have often been told within the context of teleportation and time travel, and yet in this case, the individual found just by merely falling into a meditative state, whilst focusing on her upper chakras, in this case her 8th, her consciousness apparently swept through the veil and into another reality!

The notion that consciousness is non-local; the ability to transcend space and time outside of the physical sensory system is an idea that has been supported by metaphysicians and mystics and examined closely within the quantum theoretical framework. When in a meditative state, depending on the level of depth the meditator is able to achieve, one’s focus can instantaneously shift from an object grounded within the physical spectrum to one that is on another level or frequency and thus the individual will “transport” their consciousness to finer and finer vibratory realms.

The practice of meditation, in some cases will give one a glimpse of the illusory nature of time and space, thereby making acceptance of alternate realities easier and thus the direct experience of these realms far more likely.

Meditation as Gateway to the Out of Body Experience (OBE)

For many practitioners of meditation, the feeling that one’s consciousness is leaving the physical form, described as an out of the body experience or OBE is well known in spiritual literature. Alternate states of consciousness have been reported while out of body, ranging from a subtle sense of detachment, merely inches away from where the physical body rests to excursions many miles (even light years) away where again, the experiencer will witness and even participate in a scenario on another plane of existence.

It is interesting to note that meditation can most certainly serve as impetus to activating an OBE. There are of course common denominators in the out of body experience and meditative practice itself; the key element being relaxation and extrication from awareness of one’s physical surroundings. It seems that by simply and unconditionally shifting focus from one state to the next can launch ones consciousness outside of the physical spectrum and into a broader and less dense state of reality.

In his book Psychic Breakthroughs Today, the late parapsychology researcher, D. Scott Rogo discusses the inherent limitations one has in his ability to experience the broader spectrum of reality while focused in the 3D realm: “We can only ‘see’ part of the visible spectrum between infra-red and ultraviolet and our sense of hearing is rather primitive. It is certainly much weaker than the auditory perception of many animals. Not only are our sense perceptions limited, but what we see and hear may not actually be very objective at all, but colored by our own thoughts and expectations….(but) would it be possible to transcend our reliance on our sense perceptions and actually disregard the body completely? Some people have had that exact experience.”

Rogo goes on to describe a variety of scenarios by which this can occur via the out of body state and the range of conditions that might induce such a state, not the least of which is meditation.

I think it would be fair to say that OBE’s via meditative practice is indeed a form of alternate reality, whereby the individual has shifted from what Rogo calls “limited sense perception” into a less dense and broader spectrum of awareness.

There are indeed many paths, it seems to experience alternate realities (the destination) and meditation is but one of them. In our next post we will bring you some exciting information about the out of body experience as a way to glimpse these alternate realities from one of the leading experts in OBE research and practice, William Buhlman. Our discussion continues!

Want to take your meditation journey further? Here are some effective meditation tools that I have used and LOVE!

Ken Wilber and Andrew Cohen – “The Purpose of Meditation”

Have you visited alternate realities during meditation? We’d love to hear from you. Comment below or visit us on Facebook to tell your story.

Alexis Brooks is a personal intuitive consultant, #1 best-selling author of Conscious Musings – Contemplations to Transform Life and Realize Potential and is the host of the popular Higher Journeys Radio program, presented in association with Conscious Life News.  Visit Alexis on Facebook, Twitter and YouTube!

The ET – UFO Phenomenon – It’s MUCH Bigger Than You Think Synchronicity or Telepathy – Is it One or Both? 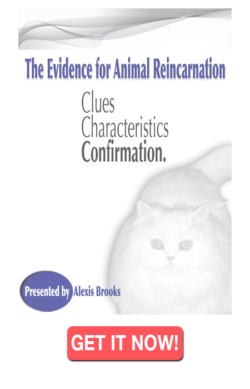