Nick Redfern – Shadow People: Who Are They and Why Are They Interested in Us?

Shadow People are real and they want you! Why?

As we all know, reality is replete with mystery and enigma – bizarre encounters that defy all matter of logic or reason. The phenomenon known as the shadow people visits are one such example. Dark, murky figures that appear, often out of thin air, only to stand idly and gaze at their terrified targets, people who frequently report a sense of paralysis during these frightful visits. But who are these entities and why are they so intent on showing up, unannounced to people from virtually all over this planet?

I spoke with paranormal researcher and author Nick Redfern to try and unlock this all too pervasive mystery. And just like the shadow beings themselves, where our conversation went was equally unexpected, when we found ourselves questioning the possible connection that us humans may indeed have with these dark and devious characters. Let’s dive deep!

✴️ Books mentioned in this episode:

✅ Top Secret Alien Abduction Files: What the Government Doesn’t Want You to Know 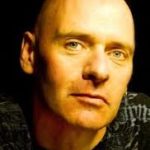 Nick Redfern is a full-time author and journalist specializing in a wide range of unsolved mysteries, including Bigfoot, the Loch Ness Monster, UFO sightings, government conspiracies, alien abductions and paranormal phenomena. He writes regularly for the London Daily Express newspaper, Fortean Times, Fate, and UFO Magazine. His previous books include Three Men Seeking Monsters, Strange Secrets, Cosmic Crashes, and The FBI Files. Among his many exploits, Redfern has investigated reports of lake monsters in Scotland, vampires in Puerto Rico, werewolves in England, aliens in Mexico, and sea serpents in the United States. Redfern travels and lectures extensively around the world. Originally from England, he currently lives in Dallas, Texas.

Want to learn more about Shadow People? Of course you do!
Go Here!

Listen to the audio only version of this episode below…

Mary Rodwell – The Starseeds Speak The Illusion of Time – Are We a Slave to Something That Doesn’t Exist?