PMH Atwater – The Near Death Experience: Many Dimensions, One Voice

Renowned near-death researcher and author of more than fifteen books, P.M.H. Atwater discusses the many dimensions of the near death experience based on her new book, Dying to Know You – Proof of God in the Near-Death Experience.  From descriptions of heaven and hell-like environments to the range of life altering after effects, those who have crossed the threshold into the “afterlife” and returned have many stories to tell.

The near death experience continues to make headlines in alternative and mainstream circles, most recently with the compelling accounts of both Anita Moorjani and Eben Alexander, M.D.

Many of these accounts will challenge the very foundations of reality we rely so heavily upon. Atwater herself is a three time NDE’r, but her nearly 4,000 case studies of both children and adult experiencers of this phenomenon have given her one very clear and collective message – “God is.  Death Isn’t!”

Listen to this riveting episode and remember, as always – keep an open mind!

Among the characteristics we discussed in this “mind-opening” discussion are the scope of psychological and physiological after-effects the near-death experiencer tends to exhibit.  Interestingly many if not most of these effects are also being experienced by many individuals who have described their own lives as becoming spiritually or consciously awakened!  Does this put the “classic” NDE in a new light?  Is this proof that a consciousness shift is underway? We found the similarities in effects absolutely fascinating!  With Atwater’s permission we are listing (from her book) these effects.

– Sensitive to light and sound, comfortable with silence.

-Comfortable with an awareness of things “future.”

-Wakes up between 3-4am, vivid dreams.

-Acutely aware of injustice, willing to make a difference.

-Animals and birds attracted to them.

-Has dilemmas with money and telling time.

-Challenged by contracts, rules, regulations – the idea of limits.

-Ecumenical – One Family, One People, One God.

-Becomes and electrical sensitive to some or greater degrees.

More about our guest 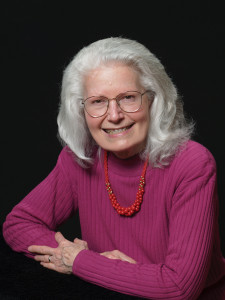 P.M.H. Atwater is the author of more than 15 book, including Future Memory, Beyond the Indigo Children, We Live Forever, and I Died Three Times in 1977- The Complete Story.  She has been researching the near-death phenomenon since 1978, and is a world authority on the subject.  She is a workshop leader at major spiritual/holistic gatherings, and has addressed audiences at the International Association for Near-Death Studies, as well as the United Nations, and in numerous countries.

Listen to Alexis’ interview with P.M.H back in 2013, discussing Children of the Fifth World