Robert Davis, Ph.D – The Science of ET Contact and Other Paranormal Encounters

Is there a science to the UFO and ET Contact experience?

For a field of study that is still regarded with much speculation, there’s one individual that would argue that a scientific method for understanding this complex web of contact experience is long overdue, and that’s internationally recognized neuroscientist and a former professor at The State University of New York, Dr. Bob Davis.

What began as a passion for understanding the reality of non-human intelligence after having his own up close UFO sighting has led him to serve as a board member for FREE – The Dr. Edgar Mitchell Foundation for Research Into Extraterrestrial Encounters.

Bob brings such a measure of academic integrity to this subject but with a healthy dose of humility and curiosity. A combination that no doubt will bring us closer to understanding ET contact phenomenon is really all about.

Although FREE’s primary mission is to develop a more cogent approach to understanding the ET contact dynamic, by way of their study in which they have surveyed well over 4,000 individuals who believe to have had a “contact” experience, what emerged was their connection to other paranormal related encounters, including near-death experiences (NDE) and out of body experiences (OBE), among others.

With this, a further revelation has emerged – that most if not all such anomalous encounters are at some level interrelated. And so the plot thickens, as does the mystery! But as Bob states in our interview, “We’ve only begun to scratch the surface!”

Article – The Unified Field and the Quantum Nature of Consciousness – Source: ECSTADELIC.NET

Article – A Brief Review of Issues Relating to the Reality of the Abduction Phenomenon by John Mack, M.D. – Source: UFOEVIDENCE.ORG

Do you believe you have had ET Contact? If so, take FREE’s survey HERE. 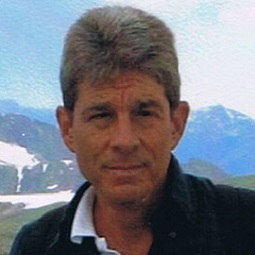 Robert Davis, Ph.D is an internationally recognized scientist in his field, and served as a professor at the State University of New York for over 30 years.  He graduated with a B.A. and M.A. from the City University of New York and with a Ph.D in Neuroscience from The Ohio State University. Dr. Davis has published over 40 articles in scholarly journals, lectured at national and international conferences, and was awarded several major grants by the National Science Foundation and the National Institute of Occupational Safety and Health to fund research in the neurosciences.

His research into the UFO phenomenon convinced him that the phenomenon remains unresolved, is a source of considerable debate among millions worldwide, and is a very important concern unfortunately ignored by mainstream science.  Dr. Davis serves as a member of the Board of Directors and Research Team of the Dr. Edgar Mitchell Foundation for Research into Extraterrestrial Encounters (FREE).  The FREE was established to provide a scientific exploration of the relationship between advanced physics and the UFO phenomenon.

Dr. Davis has written a book on the UFO phenomenon, entitled The UFO Phenomenon: Should I Believe?. His latest book: Life after Death: An Analysis of the Evidence, will be available Spring 2017 by Schiffer Publishing. He has appeared on over 35 shows and will be presenting lectures at two conferences in Australia and the International UFO Congress in 2017 discussing the UFO phenomenon and the comprehensive research being conducted by FREE.