Roberta Grimes – Irrefutable Evidence: The Afterlife is Real and FUN!

Some even describe the afterlife and the dying process as “orgasmic!” So what’s really going on here?

The Fun of Dying.

Just by virtue of the sentiment that title implies, you might assume that the following discussion will be light, innocent, and even a touch naive. Well, I can assure you, this is anything but!

In my conversation with attorney and afterlife researcher Roberta Grimes we take a critical and evidenced based look at what happens when we die. From quantum theory and breakthroughs in consciousness research to debunking the debunkers, and even first-hand reports from those of have “died,” Roberta Grimes has collected what some may say is irrefutable evidence that not only is there an afterlife, but yes, it can and often is FUN!

Article: Quantum Theory Sheds Light on What Happens When We Die

Book: Flying Higher In Spirit – A Young Snowboarder’s Account of His Ride Through Heaven by Mikey Morgan and Roberta Grimes

[Like going to the gym and stripping down to our gym clothes], we’ve stripped down to our gym mind to come here [to Planet Earth] and we’ve forgotten nearly everything we know. – Roberta Grimes 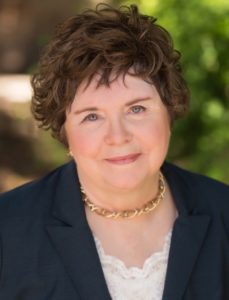 Roberta Grimes is a business attorney who had two extraordinary experiences of light in childhood. She then spent decades studying nearly 200 years of abundant and consistent communications from the dead, quantum mechanics, and the nature of consciousness and she shares what she has learned about what actually is going on in an enjoyable and easily understood trilogy. The Fun of Dying – Find Out What Really Happens Next details what we now know about the afterlife. The Fun of Staying in Touch details some of the ways that the dead give us signs of their survival, and also many of the ways that we can communicate with them. The Fun of Growing Forever reveals what must be the easiest and most powerful method for attaining rapid spiritual growth and building your own best life, both while you are on earth and forevermore.

Other books by Roberta Grimes include Liberating Jesus, which uses close Gospel analysis combined with what we are learning from the dead to explain the genuine meaning and message of Jesus. Flying High in Spirit is the memoir of a very advanced being who took another brief earth-lifetime, dying in 2007 at the age of 20, so he would be able to teach us the truth in the voice of a cheerful American boy. My Thomas is the true story of Thomas Jefferson’s life and marriage during the Revolutionary War. And the Atlantica Saga is a developing seven-novel series spanning half a millennium that uses what we are learning about the way reality actually works to tell five adventurous and beautiful love stories.

Roberta has been a guest on hundreds of radio programs. She hosts her own live show called Seek Reality on the BBM Global Network, and podcasts of previous Seek Reality shows dating back to 2013 are available for free on WebTalkRadio.net and on iTunes, where her archive has had hundreds of thousands of downloads. Roberta’s shows and podcasts feature interesting and sometimes controversial topics and guests. Their purpose is to help you develop an understanding of what actually is going on.

UFOlogy, Disclosure, and Why We’re Barking Up the WRONG Tree! Is There More to the Fake Meme Than Meets the Eye?