Robin Williams, Connection, and the Synchronicity of Experience

(Re-Posted from the original Higher Journeys Blog on August 15, 2014)

The pain, the joy, the sadness, the exuberance, the unfamiliar and familiar, are but a host of expressions of one continuum of consciousness and we are connected to it all!

It was only days ago that the world learned of the death of a beloved figure in the world of entertainment, Robin Williams.

Despite the personification of artistic genius, Williams apparently struggled with general acceptance, reportedly since childhood, gradually spiraling into a cumulative vortex of addiction and deep depression.

Still, with his broad spectrum of persona; his convincing and infectious character, both on screen and off, millions upon millions of people came to know, love, admire, and marvel at this brilliant creator, leaving an indelible mark of emotion and connection in the hearts of the many who followed his work and his life.

It is this connection that is often intensified when it comes to those individuals well known to the masses.  Particularly those like Robin Williams who had the uncanny ability to virtually morph into any character whether comedic or dramatic, spanning the gamut of human experience, thus creating and/or fulfilling the universal archetypes that are said to be embedded in the collective unconscious of all living souls.  It is in this connection that a primordial link between individuals, whether personally known or not, can tether our collective psyche and unfold as synchronicity when notable events occur.

Keeping this premise in mind, I found the following play out of events worth noting here, which I would deem indicative of this very Jungian-esque idea. 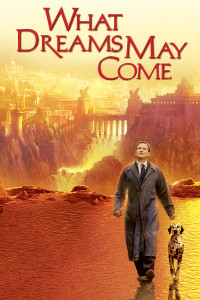 The week prior to Williams’ death I had been on vacation with my husband on Martha’s Vineyard, a popular island off the coast of Cape Cod in Massachusetts.  While there, I had this clear and spontaneous urge of wanting to watch the movie What Dreams May Come starring Cuba Gooding Jr., and Robin Williams.  One of my favorites, I’d seen the movie several times years ago and read the original novel by the late Richard Matheson at least as many times as I’d seen the film.  Why I had this urge to watch it again, and why now, I did not know – and since we were away from home, the likelihood of my finding it on the island was slim.  So I let it go.

A few days later (August 11), I’d been having a late meal with my husband and discussing the recent suicide of a young man several weeks ago whom I only knew of, through another close friend.  His suicide, which was carried out by asphyxiation stunned so many in his wide circle of friends, including my dear friend. The full spectrum of his story and all of the multi-dimensions of this short life touched both my husband and me so intensely that we’d spent hours talking about this young man, feeling as if we knew him.  Our conversation about him intensified on the evening of August 11th.

Earlier in the day, I’d been visiting my friend who knew this young man quite well.  She felt the need to painstakingly describe his character to me: a young, vibrant, talented and extremely funny guy, though morbidly troubled since childhood.  She’d shown me several photos of him clowning around with friends, clearly captivating his audience at every turn.  A seemed dichotomy of character rolled up into one 21 year old individual.

It was this theme that later dominated our dinner discussion on the evening of August 11th – the conflicting personalities that appeared equally present – that of the funny, warm, gentle kid vs. the dark, mischievous, restless soul.  Unfortunately as circumstances would have it, the latter won out!  He was found by a family member in his home, having hung himself.  An unspeakable tragedy to be sure!

Although both my husband and I had been aware of this awful incident for several weeks and had discussed it at some length, something about this day, August 11th, had cast an unusually sympathetic spell on our conversation.  First, it was the visit to my friend’s house, where she had felt intent on sharing an important slice of his life with me via the photos that depicted him as a “happy, go-lucky guy.”  Then we mused over how such an unfathomable act could be possible, given his oft experienced personality that was anything but dark.  I then carried the emotion of his story home with me, feeling the need to discuss it further, trying my best to understand “why?”

Only minutes after wrapping up our meal and our exhaustive analysis of the loss of this young soul, along came the breaking news: ”Robin Williams 63, dead, apparently of suicide by asphyxiation…”  Needless to say, an absolute chill came over me – initially of the unexpected news of this massive tragedy but also of the preternatural details of what we had been speaking of only moments before!

It was psychologist Carl Jung who postulated that each and every individual is somehow connected to what he called, the collective unconscious – a stream of experience encompassing past, present, future, and virtually every expression of the human experience.  Although often appearing as arbitrary in its surfacing, this field of awareness is always present, although buried deep in the psyche of man.

In Jung’s seminal volume, Memories, Dreams, Reflections, he recounts a story in which shortly after after delivering a lecture and then spending some time with friends, he retired to bed, although finding himself uneasy and unable to sleep.  Once he finally dosed off, he then awakened with a start, feeling as if someone had intruded into his room.  Perplexed as to the activity he thought he’d experienced, he then realized that what had awakened him was not an intruder but the sensation of a dull pain in the back of his head.  The next day, Jung received news that his patient had committed suicide, shooting himself in the head!

The collective unconscious is…the foundation of what the ancients called the ‘sympathy of all things.’

Jung later reasoned about the episode, “This experience was a genuine synchronistic phenomenon such as is quite often observed in connection with an archetypal situation – in this case, death.  By means of a relativization of time and space in the unconscious it could well be that I had perceived something which in reality was taking place elsewhere.  The collective unconscious is common to all; it is the foundation of what the ancients called the ‘sympathy of all things.’  In this case the unconscious had knowledge of my patient’s condition.  All that evening, in fact, I had felt curiously restive and nervous, very much in contrast to my usual mood.”

Might it have been our pre-occupation with the act of suicide and the loss of such a vibrant soul that linked past with present, unlocking a stream of experience from deep within the unconscious mind?

As I juxtapose Jung’s experience which happened many years ago with the unusually sympathetic and almost obsessive demeanor that both my husband and I exhibited, particularly since we did not know this young man personally, strikes a chord of curiosity.  Just like the unconscious had knowledge of Jung’s patient’s condition, the unconscious had knowledge of the death of Williams, which was happening at the same time or shortly before our deep discussion about a young (funny, bright, and conflicted) man who chose to end his life in the same manner that we learned would be Williams’ fate only moments later!

When we speak of archetypes and the collective unconscious, we are acknowledging that there are symbols depicted in people, places, things, and events, both fictional and non-fictional, that on some level carry a measure of familiarity to us all, whether experienced directly or not.  In both of the aforementioned cases, the archetype is suicide, but are the implications even greater?

This archetype, though focused on one individual expression (the young man), it would later be mirrored in another (Williams).  The sympathy of emotion became the synchronicity that would connect the two seemingly separate events, illuminating the idea that all things are indeed connected at some fundamentally deep level.

Further adding credence to an all but explainable phenomenon of synchronicity, the movie What Dreams May Come, depicts a character played by Robin Williams who tragically dies and spends his post-mortal “time” trying to understand all of the subtle nuances of the afterlife and the ties of love that infinitely bind us all together to transcend the process we call “death.”

We are all inextricably linked and capable of glimpsing virtually any expression and at any moment.  When we fully realize this, we will understand that the separation of time and space as we know it is the real illusion and that the demarcation of life and death are equally illusory.

Let us all carry on with this knowledge and evolve into the understanding of what connection really means!

If in doubt, synchronicity might just be our greatest clue! 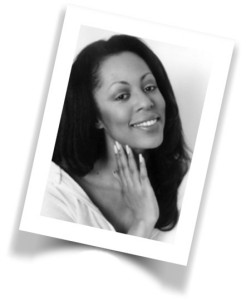 11:11 and the Multiplicity of Meaning Is it Socially Correct to Defy Expectation?