The New Human with Mary Rodwell

Ever heard the term Indigo, Crystal, Rainbow, Star? These names have become synonymous with what many believe to be a new kind of human. They are exceptionally bright, multidimensional, have psychic capacity and even speak of having direct extraterrestrial connections. These New Humans, many still children, are perhaps the most misunderstood among modern society.

Their mission is clear – to help humans on this planet to evolve. This according to renowned ET contact researcher and regression therapist Mary Rodwell.

In this, our third interview with Mary we cover a multiplicity of angles to this all-important subject. Taken together – what is spelled out is clear – We have in our midst, RIGHT NOW – The New Human!

Highlights from this insightful episode with Mary Rodwell:

Memorable quote from this episode:

We live in a Matrix…a Universe…an Omni-Verse of many different types of intelligence in many forms. – Mary Rodwell

Meet the Hybrids: The Lives and Missions of ET Ambassadors on Earth by Barbara Lamb and Miguel Mendonca 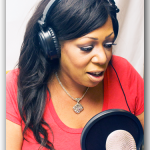 Be sure to listen to Alexis’ Conscious Commentary After the Show as she weighs in on some of the themes presented in this episode with Mary Rodwell!

In the open of our interview with Mary, she talked about her recent presentation at the Afterlife Explorers Conference in Melbourne, Australia, but one thing she didn’t mention on-air was a strange yet wonderful encounter or presence of “beings” around Mary during her presentation, as reported by someone in the audience. After the Mary’s presentation, she was approached by a woman who says she clearly saw several beings around Mary while on stage. They had distinct features and expressions, so distinct in fact, the woman (an artist) decided to draw out what she saw She then sent the drawings to Mary. With this woman’s permission, we are presenting these images exclusively on Higher Journeys.

Please have a look.

Images shared with permission from the artist, Marie Klement
Click on each image to see a larger version. 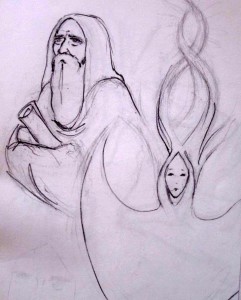 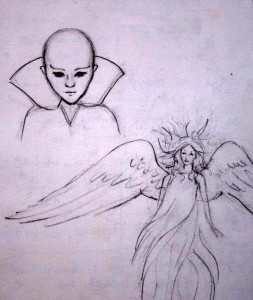 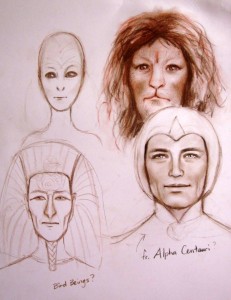 More about the work of Mary Rodwell: 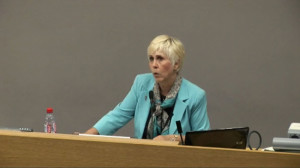 Mary Rodwell, RN is the Founder and Principal of Australian Close Encounter Resource Network. (ACERN). Born in the United Kingdom (UK) and eventually migrating to Western Australia in 1991, she currently resides in Queensland. Mary is a former nurse, midwife, and health educator and was employed as a professional counsellor for the National Health Service UK and Australian counselling agencies, Silver Chain and Centrecare. Since 1994

Mary is recognised internationally as one of Australia’s leading researchers in the UFO and Contact phenomenon. She is the author of Awakening: How Extraterrestrial Contact Can Transform Your Life (2002), and producer of EBE award winning documentaries, Expressions of ET Contact: A Visual Blueprint? (2000), and Expressions of ET Contact: A Communication and Healing Blueprint? (2004).