Watch a Crystal Child at Work!

Think the phenomenon of the crystal child is myth? Watch this video and you’ll think again!

There’s been loads of talk in recent years about the arrival of the crystal child.

Also referred to as indigo, rainbow, star, or even “new children,” these amazing and inspiring humans seem to be gracing our planet in increasing numbers.

In my last interview with Mary Rodwell, alternative researcher and expert on this phenomenon she calls “the new human,” we discussed at great length the incredible abilities inherent in these young humans, including telepathy and other psychic abilities, E.T. and other non-human connections, as well as the bonds they carry with subtle energies, not the least of which is with the crystal and mineral kingdom.

Many in metaphysical and new age circles have for years been singing the praises of our crystal allies – conscious beings that have the ability to shift our own energy and that of the planet.

Certainly, there’s been much speculation about the validity of these claims in more mainstream circles, despite the exhaustive history that has been associated with the power of crystals.

Note – they care not about what others think about what they know. They are simply here to share their knowledge and wisdom with those of us who choose to listen and many seem completely intent on doing just that. Adam is one such individual. The then 8 year old from Nevada explained in great detail how crystals work and illustrates his understanding by showing us the most intricate (and powerful) crystal grid that he built himself, albeit with the help of his friends from the crystal kingdom.

The following video will undoubtedly get you thinking about how such a young person can explain the dynamic of crystal energy with such self-assuredness.

Not only might you re-consider the validity of our crystal allies but that indeed a new kind of human has officially arrived on planet earth!

There’s definitely a case to be made for the reality of the new human. Listen to two interviews, including my interview with Mary Rodwell which builds a strong argument for such a phenomenon happening on our planet right now!

Children of the Fifth World with PMH Atwater Listen Now

Want more perspective on the energy of crystals? Great! Read here and here. 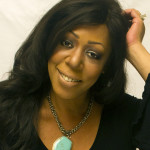 Alexis Brooks is an award-winning broadcast journalist, #1 best-selling author of Conscious Musings – Contemplations to Transform Life and Realize Potential and is the host of the popular Higher Journeys Radio program, presented in association with Conscious Life News. Visit Alexis on Facebook, Twitter, and YouTube!

Quantum Logic Exposes the Illusory “Boundaries” of Reality Star Children – Their Passion, Purpose and Why It’s Time to Pay Attention!